Quality Drug Testing offers discreet and accurate drug and alcohol testing for schools, student programs, probation programs, and employers, as well as for concerned and worried parents. We offer state of the art urine testing, focusing on immunoassays, EMIT, RIA and FPI. We also offer thin layer chromatography, gas chromatography & mass spectrometry, DOT Testing, hair testing, saliva testing, and blood testing. Our science sets us apart from our competition. Quality Drug Testing is proud to announce that we also offer highly trusted EtG alcohol tests, which provide results up to 120 hours post alcohol usage. We also offer the Life Lock Technology Phoenix 6.0 Breath Alcohol Test (BAT). We deliver results you can count on. That is what we do. 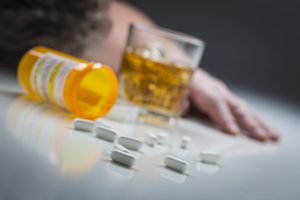 These tests are most commonly used to screen samples. In the event that drugs or their metabolites are detected, the sample is normally tested again using an even more sensitive test such as gas chromatography and mass spectrometry. Immunoassays work on the principle of antigen-antibody interaction. Antibodies are chosen which will bind selectively to drugs or their metabolites. The binding is then detected using either enzymes, radioisotopes or fluorescent compounds.

EMIT (Enzyme Multiplied Immunoassay Technique) is manufactured by Syva Laboratories. It uses an enzyme as the detection mechanism. It is the cheapest and simplest to perform and the most widely used of the immunoassays.

RIA (Radio Immunoassay) is manufactured by Roche Diagnostics. It is similar to EMIT but uses a radioactive isotope such as iodine instead of an enzyme. However, because it involves using radioactive substances, it is less popular than EMIT. This is a highly sensitive form of testing mainly used by the military.

FPI (Fluorescence Polarization Immunoassay) is manufactured by Abbott Laboratories. Fluorescent compounds mark the selective binding of antibodies to drugs and their metabolites. It is highly sensitive and highly specific.

This procedure involves the addition of a solvent to the sample causing the drugs and their metabolites to travel up a porous strip leaving color spots behind. As each different substance travels a specific distance, the strip can then be compared with known standards. This test gives no quantitative information, it merely indicates the presence of drugs or their metabolites. Furthermore, it relies on the subjective judgement of a technician and requires considerable skill and training. It is not widely used.

These are the most precise tests for identifying and quantifying drugs or their metabolites in the urine. They are usually used as a confirmation test following a positive result on an immunoassay. It involves a two step process, whereby gas chromatography separates the sample into its constituent parts and mass spectrometry identifies the exact molecular structure of the compounds. The combination of gas chromatography and mass spectrometry is considered to be the definitive method of establishing the presence of drugs or their metabolites in the urine. We are in compliance with the Department of Transportation Rules & Regulations, following the 49 CFR Part 40 required procedures.

Quality Drug Testing offers explicit programs for companies that need to comply with DOT 49 CFR Part 40 Regulations. The Federal Motor Carrier Safety Administration (FMCSA), along with the Department of Transportation, requires that persons subject to commercial drivers licence (CDL) requirements of their employers to follow drug & alcohol testing regulations. We will issue your company a “Drug Free” certificate to show that you are in compliance with 49 CFR Part 40 Regulations.

A hair follicle drug test is a toxicology test that identifies if someone has ingested drugs within the past 5-90 days. This test detection period is far greater than a urine test.

Epitope has recently developed a test that detects drugs or their metabolites in saliva. However, this sort of test is limited to detecting very recent drug use. In one study, saliva testing was only able to detect cannabinoids 4-10 hours after the subjects had been smoking. It is likely that this test will be confined to detecting current intoxication only.

Blood testing is the most accurate confirmation of drug use. Since blood testing accurately detects the presence of the drug or its metabolites at the time of testing, the results from this type of test are the best indication of current intoxication. Blood testing for the use of drugs is primarily used in accident investigations or for health/life insurance medical exams. Cannabinoids can be detected up to six hours after consumption by testing blood. After that, the metabolite concentration falls rapidly. Cannabinoids are not detectable in the blood after 22 hours.