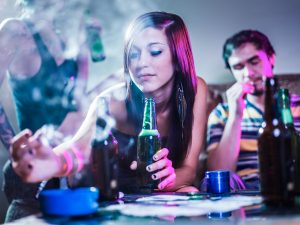 Quality Drug Testing understands the high level of sensitivity associated with drug testing a student. We specialize in assisting schools, student programs, and parents with screening youths for the use of drugs and alcohol. Our tests are quick, easy, and confidential. Our results come back fast and, best of all, are 99% accurate. If you are in need of a quality drug testing facility, contact us today. 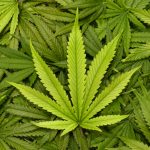 What Drugs Do We Test For? 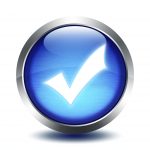 When administering a drug test, you need to choose a facility that follows the complete chain of custody. If you are a school administrator or a worried parent, testing your youths is a great way to confirm the use or non-use of drugs and alcohol. However, it is extremely important to use a proper facility in order to ensure the accuracy of the test.

False Positives are results that come back positive but are actually negative. This can happen when the test is handled incorrectly or if the patient ingests something prior to the test. If a patient eats poppy seeds 24 hours prior to a test, it may come back as heroin. This would be a classic example of a false positive. Utilizing specific baseline markers, and cutting edge scientific procedures, allows Quality Drug Testing to test with 99% accuracy. Quality Drug Testing gives you the confidence you need in drug screening results. 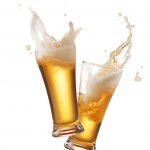 What is an EtG Alcohol Test?

The EtG Alcohol Test, also known as the “80-hour test”, is a scientifically advanced form of alcohol testing. It can tell if a patient has used alcohol within the last 80-120 hours. Here is how it works:

Alcohol is rapidly eliminated from the body at a rate of approximately one drink per hour. Whether looking for alcohol in breath, blood, saliva or urine, using the standard technology, the rapid elimination limits the detection of alcohol to a matter of hours.

For example, an individual who was “under the influence” of alcohol using standard technologies (breath, blood or saliva > 0.08%) at 10 p.m. would likely test negative the next morning at 9 a.m. due to the rapid elimination of alcohol from the body.

After years of research, ethyl glucuronide (EtG) was found to be a direct metabolite of the alcohol (ethanol). EtG has emerged as the marker of choice for alcohol and, due to the advances in technologies, is now routinely available. Its presence in urine may be used to detect recent alcohol consumption, even after ethanol is no longer measurable using the older methods. The presence of EtG in urine is a definitive indicator that alcohol was ingested. Other types of alcohol, such as a stearyl, acetyl, or dodecanol, metabolize differently and will not cause a positive result on an EtG test.

The EtG test has become known as the “80 hour test” for detecting any amount of consumed ethyl alcohol.  This is not totally true. It is true that EtG can be detected in chronic drinkers for 80 hours or even up to 5 days. During this period of chronic use, the EtG level can exceed 100,000 ng/ml. Two primary factors to determine the window of detection is based on volume of alcohol consumed and the time between each drink. A person that consumes 3 drinks can only have a detectable level of EtG for approximately 20 to 24 hours and peaks at approximately 9 hours with an EtG level around 15,000 ng/mL. Studies indicate that alcoholics in abstinence have no detectable levels of EtG in their urine after approximately 80 hours of detoxification.

Therefore, the presence of EtG in urine indicates that ethanol was ingested. EtG is a more accurate indicator of recent consumption of alcohol than measuring for the presence of ethanol itself.

EtG is stable in urine for more than 4 days at room temperature. Recent experiments indicate that heating urine to 100 degrees Celsius actually increased the stability of EtG. Therefore, heat does not cause the breakdown of EtG, it actually increases stability. In addition, no artificial formation of EtG was found to occur following the prolonged storage of urine at room temperature when fortified with 1% ethanol.

EtG is a direct metabolite of alcohol (ethanol), and its detection in urine is highly specific, similar to testing for other drugs. The typical lab utilizes the most sophisticated, sensitive, and specific equipment and technology available. They use LC/MS/MS, to screen, confirm, and quantify EtG. This methodology provides highly accurate results.

EtG is only detected in urine when alcohol is consumed. This is important since it is possible to have alcohol in urine without drinking. Alcohol in urine without drinking is due to the production of ethanol in vitro. Ethanol in vitro is spontaneously produced in the bladder or the specimen container itself, due to fermentation of urine samples containing sugars (diabetes) and yeast or bacteria. Since the ethanol produced is not metabolized by the liver, EtG will not be produced and will therefore not be detected in urine containing alcohol as a result of fermentation.

Tests show that “incidental exposure” to the chronic use of food products (e.g., vanilla extract), hygiene products, mouthwash, or OTC medications (e.g., cough syrups) can produce EtG concentrations in excess of 100 ng/ml. However, if measurable ethanol is detected (greater than 0.04 gm%) in the urine, and EtG is also detected in excess of 250 ng/ml, it is very strong evidence that beverage alcohol was consumed.

Labs will allow you to select 100, 250 or 500 ng/ml as the cutoff level. It is strongly recommended that only the 500 ng/ml level be used. This avoids and eliminates any claim by the donor that the positive EtG test is a result of incidental or unintentional exposure. All testing performed on products or foods classified as incidental or unintentional exposure has never produced a positive EtG level greater than 500 ng/ml.

The benefits of an EtG urine test includes:

EtG alcohol testing is also performed on hair and nails. The window of detection is approximately 3 months for head or body hair and for nails. But be aware that bias does exist when comparing male and female hair. An Italian study recently reported that bleaching the hair completely destroys EtG. Another study with water from a commercial pool was performed to determine the effects of chlorine. Hair exposed to the pool water revealed that two, 20-minute, exposures reduced EtG by approximately 20%. It was found that this did not have any effect to alter or reduce the drug levels in nails. Based on these facts alone, it is recommended that only nails, and not hair, be used to test for EtG.